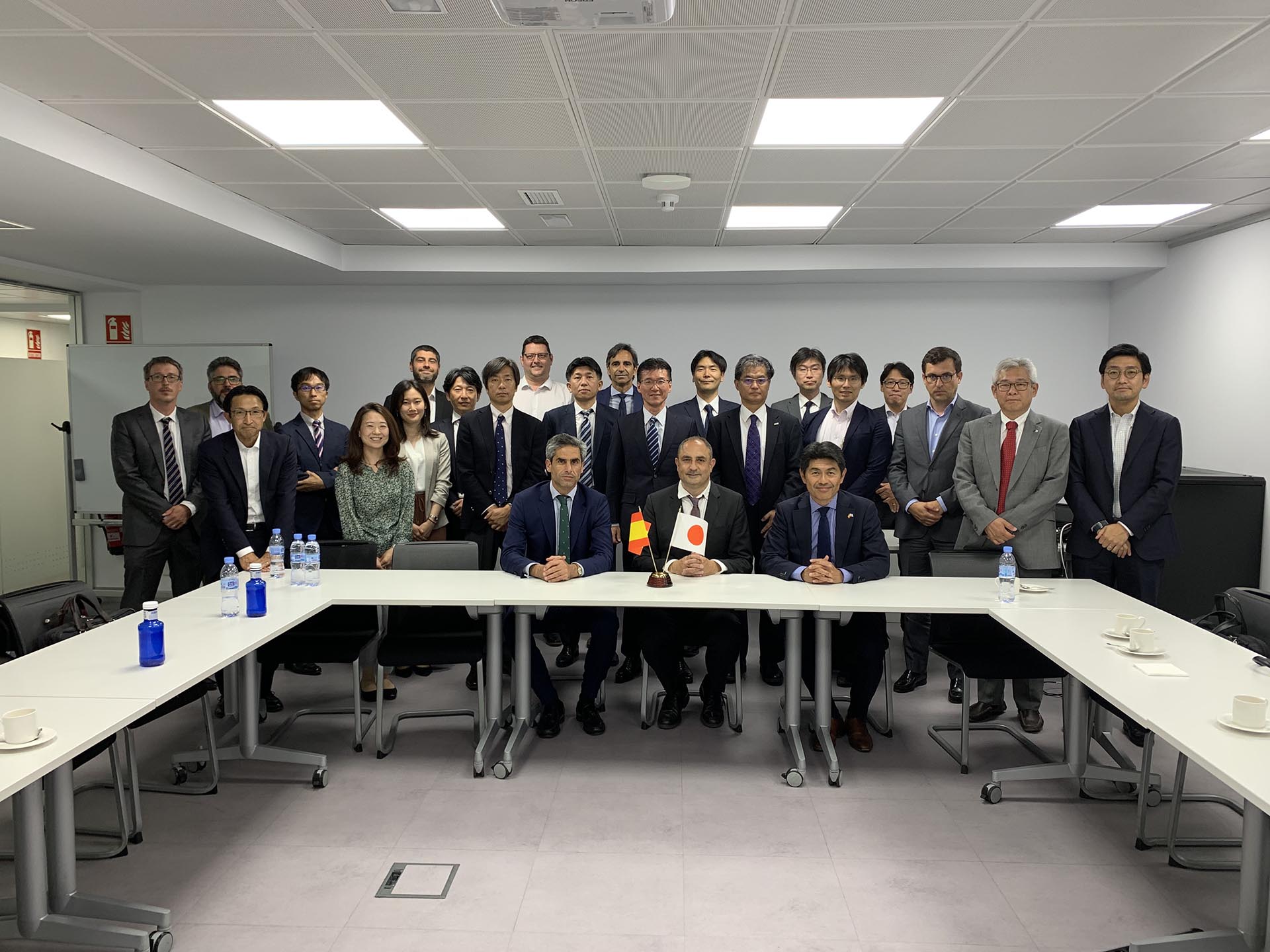 Duro Felguera was one of the six large Spanish corporations present at the beginning of June in the first trade mission launched by Japan’s foreign trade agency, Jetro, to promote green hydrogen and the companies that handle this technology in Spain. Along with DF, some of the major Spanish energy companies such as Iberdrola, Acciona, Repsol, Naturgy and the consortium of the ArcelorMittal and Fertiberia plants, HyDeal, were present at the negotiations, which preceded a reception at the Japanese embassy.

The aim of these talks is both for Japanese companies to invest in green hydrogen projects in Spain, and for them to rely on Spanish technology to carry out projects in their country. From Duro Felguera, our CEO Jaime Argüelles, together with the Sales director Álvaro López and the head of New Business Development, Luis Bausela, were in charge of meeting with large companies from the Asian country such as Asahi Kasei, Chiyoda Corporation, Fujifilm, Marubeni, Mitsubishi, Mitsui, Sumitomo, Toray, Greenerity or Yokogawa.

The Japanese companies hold Duro Felguera in high esteem due to the fact that our company has maintained a regular collaboration with them over the years. In addition, they also value our long experience in hydrogen, where DF has worked on projects since the 1990s and currently has several projects underway, such as the one it shares with Alsa, Hunosa and Nortegás to produce green hydrogen in the old Fondón coal mine in Asturias.

In the field of renewable hydrogen, Duro Felguera offers to participate as EPC (Engineering, Procurement and Construction), carrying out the complete development of the projects.